After spending so much of my life too young to really be able to truly appreciate the richness of all that life has to offer, I have finally turned 48.  Finally!

An event so momentous and long-awaited clearly deserves some kind of formal celebration, and my family cheerfully marked this moment with all due solemnity.

To wit: we had another Zoo Dinner, sort of like this one.  Some family traditions just have to live on, right? 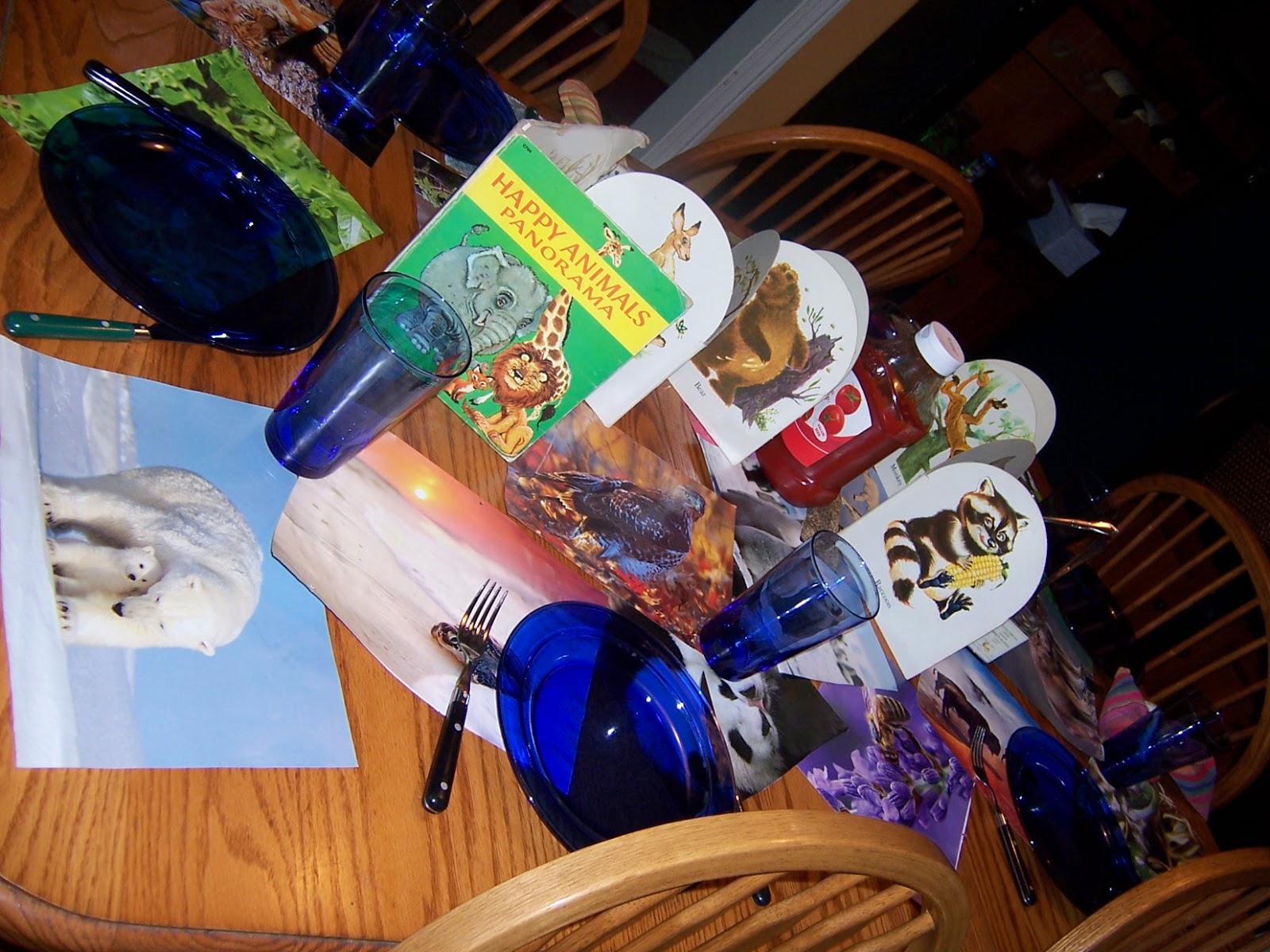 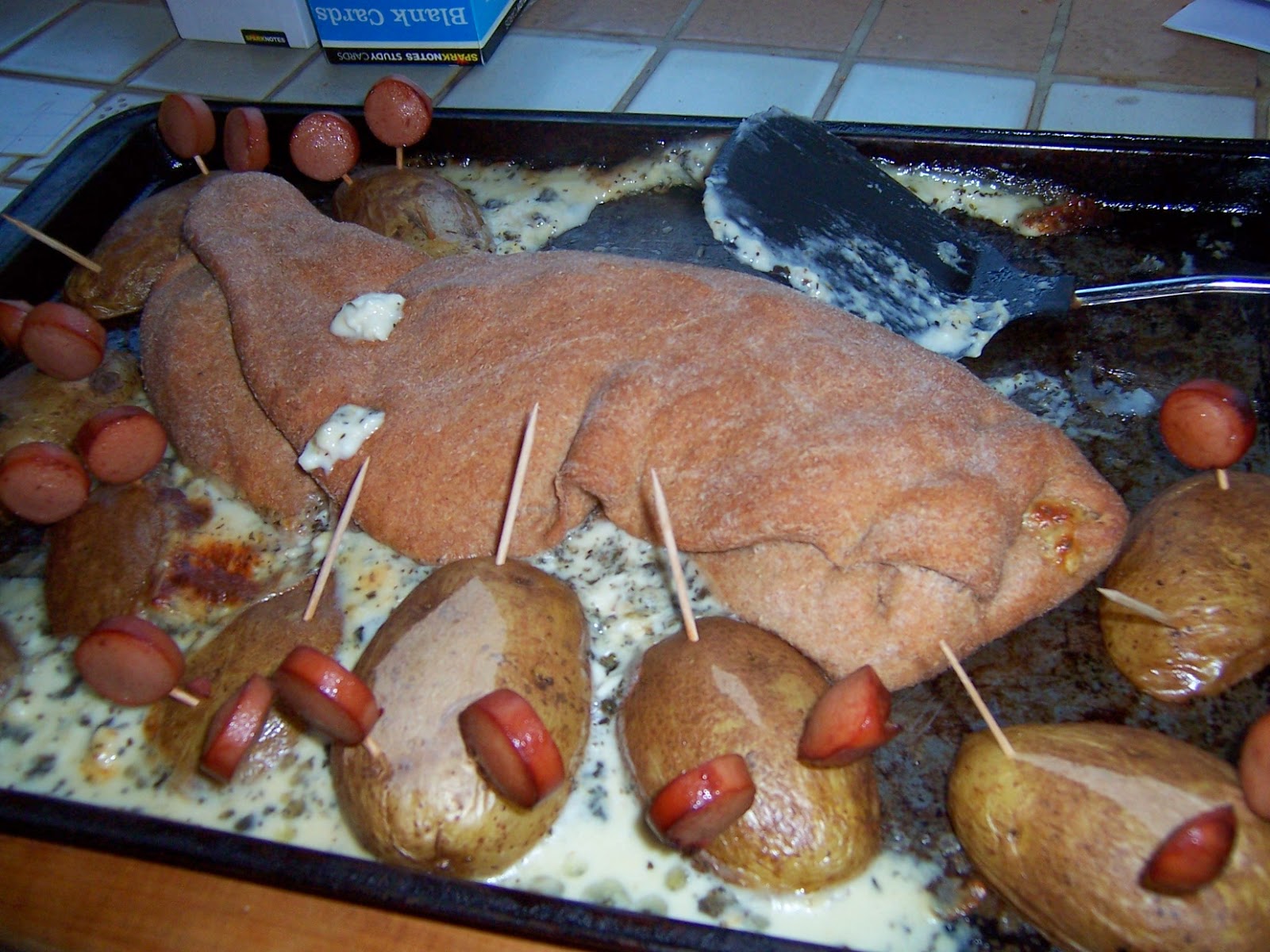 Of course, it wouldn't be a Zoo Dinner without the now-obligatory ham-bear-gers . . . 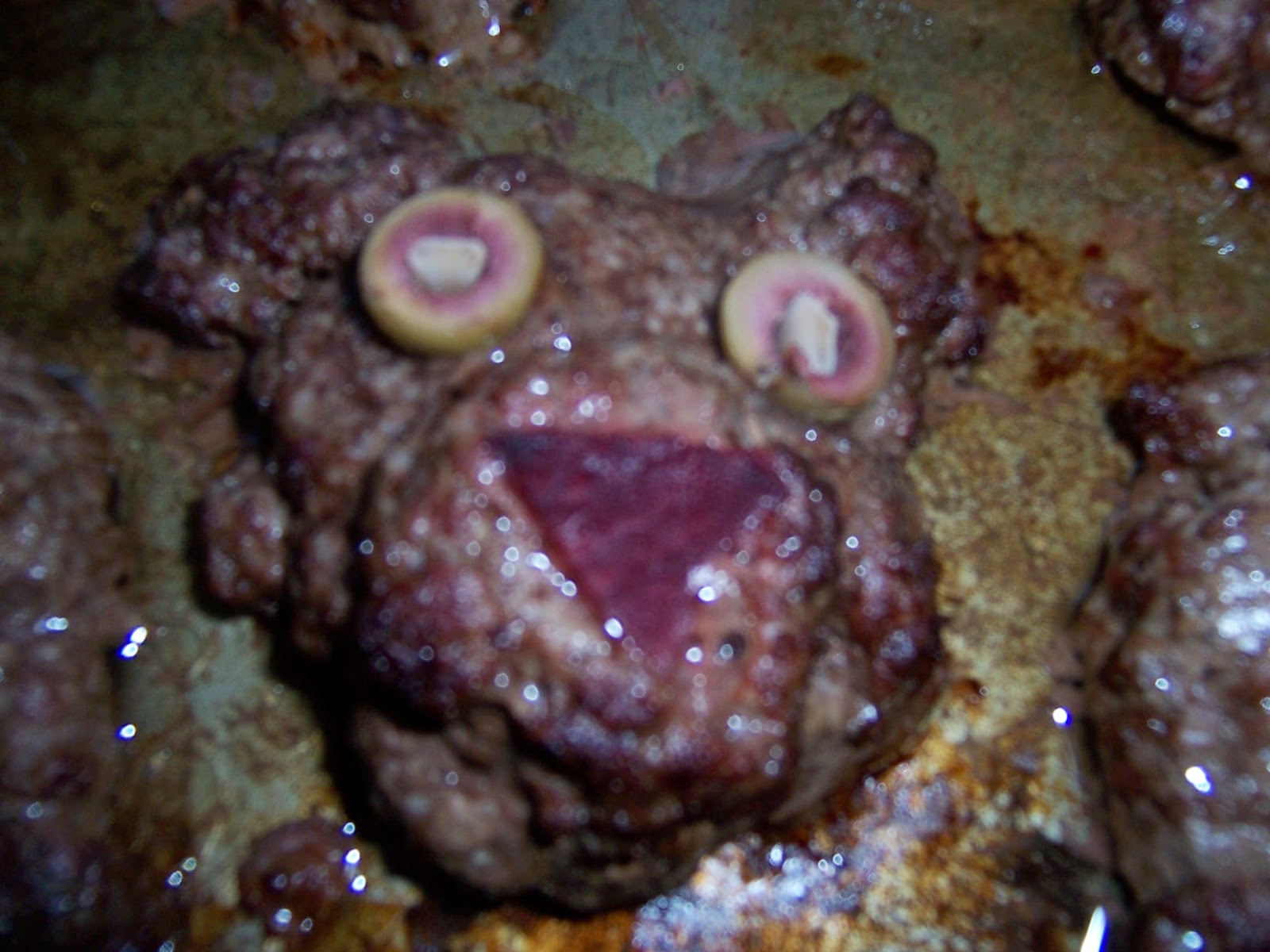 . . . and the Octo-dogs (which were hexa-dogs, because it was easier to cut six legs than eight.  But shoot!  I forgot to take a picture of those!)

Some of the celebrants were animals, too.  We had a panther ready to pounce on the food: 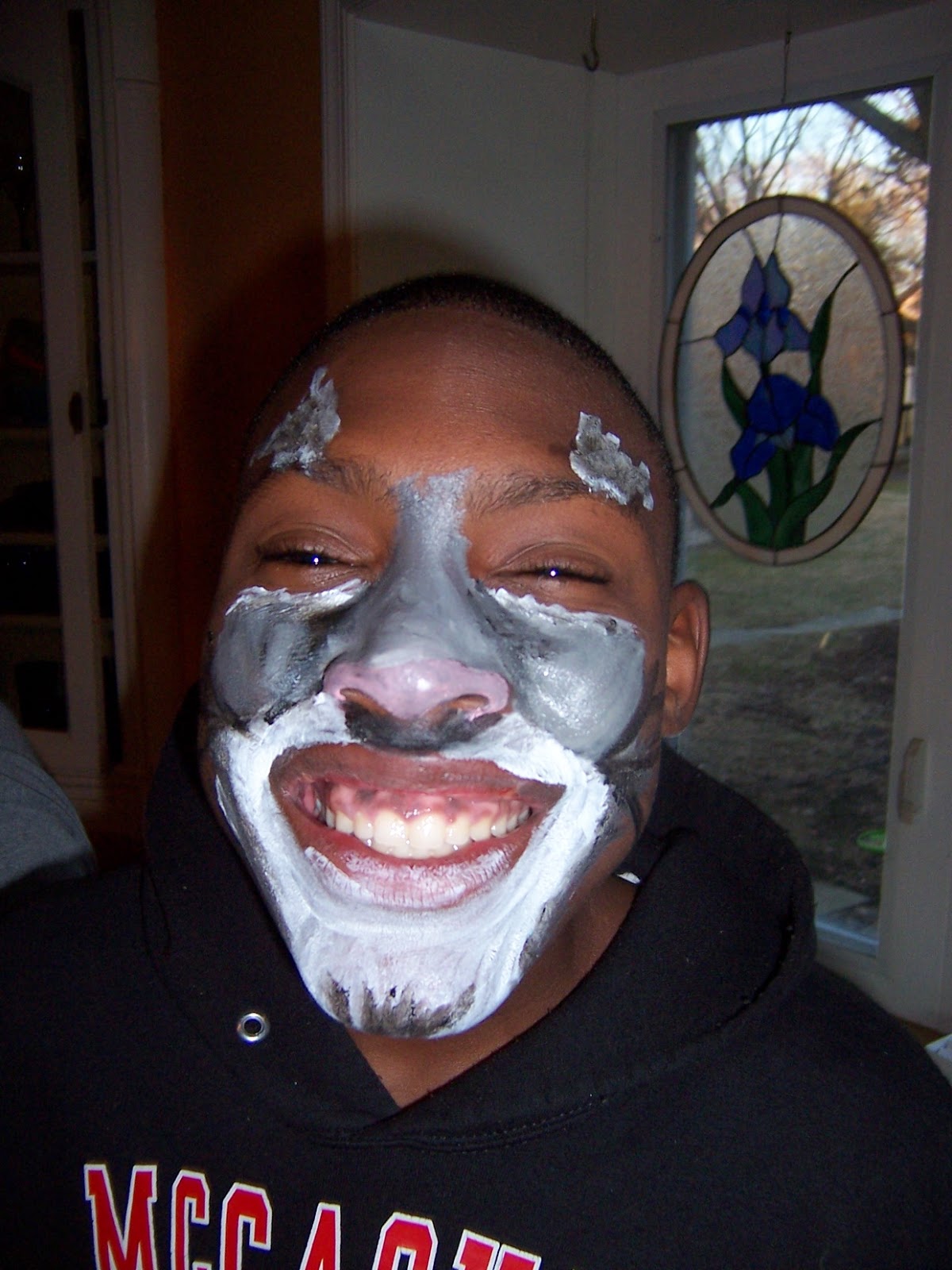 But fortunately, he didn't attack his sister, the zebra: 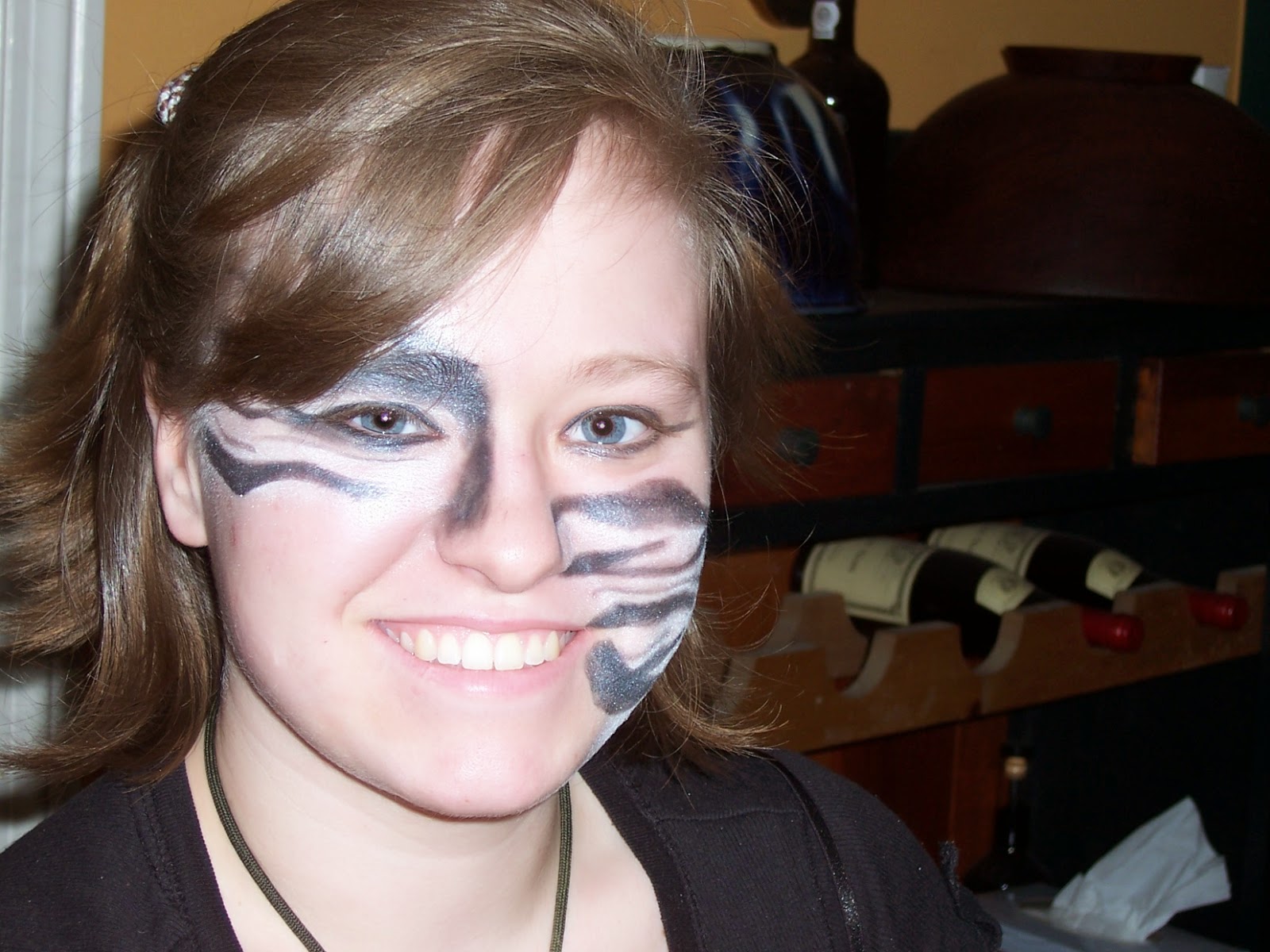 As usual, we turned the chairs around so the backs faced the table. 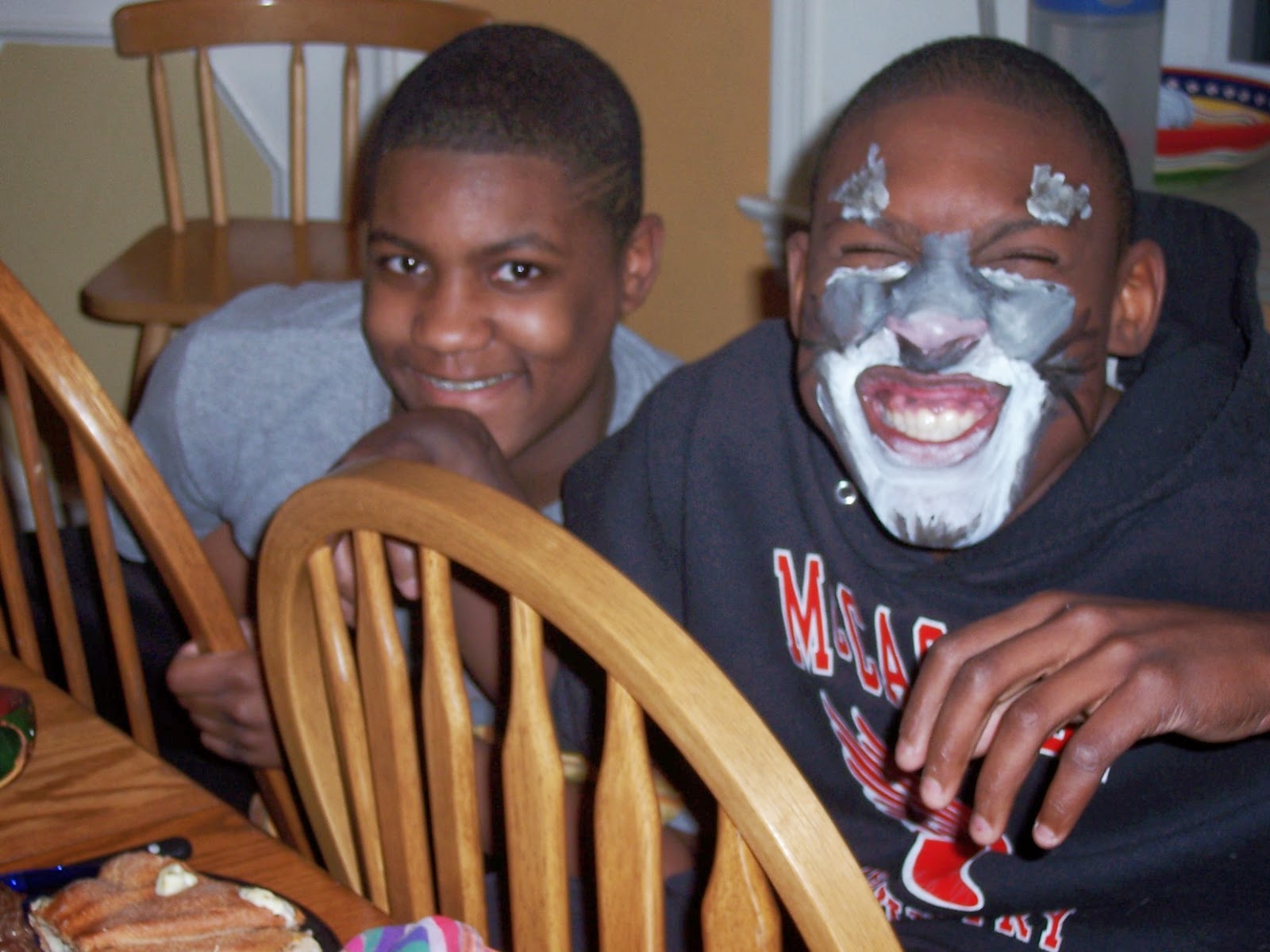 That's so we could eat through the "bars" of our "cages".  Look!  Do you see my birth daughter?  She's moved back to our town, and I'm so happy she could join us for this happy day. 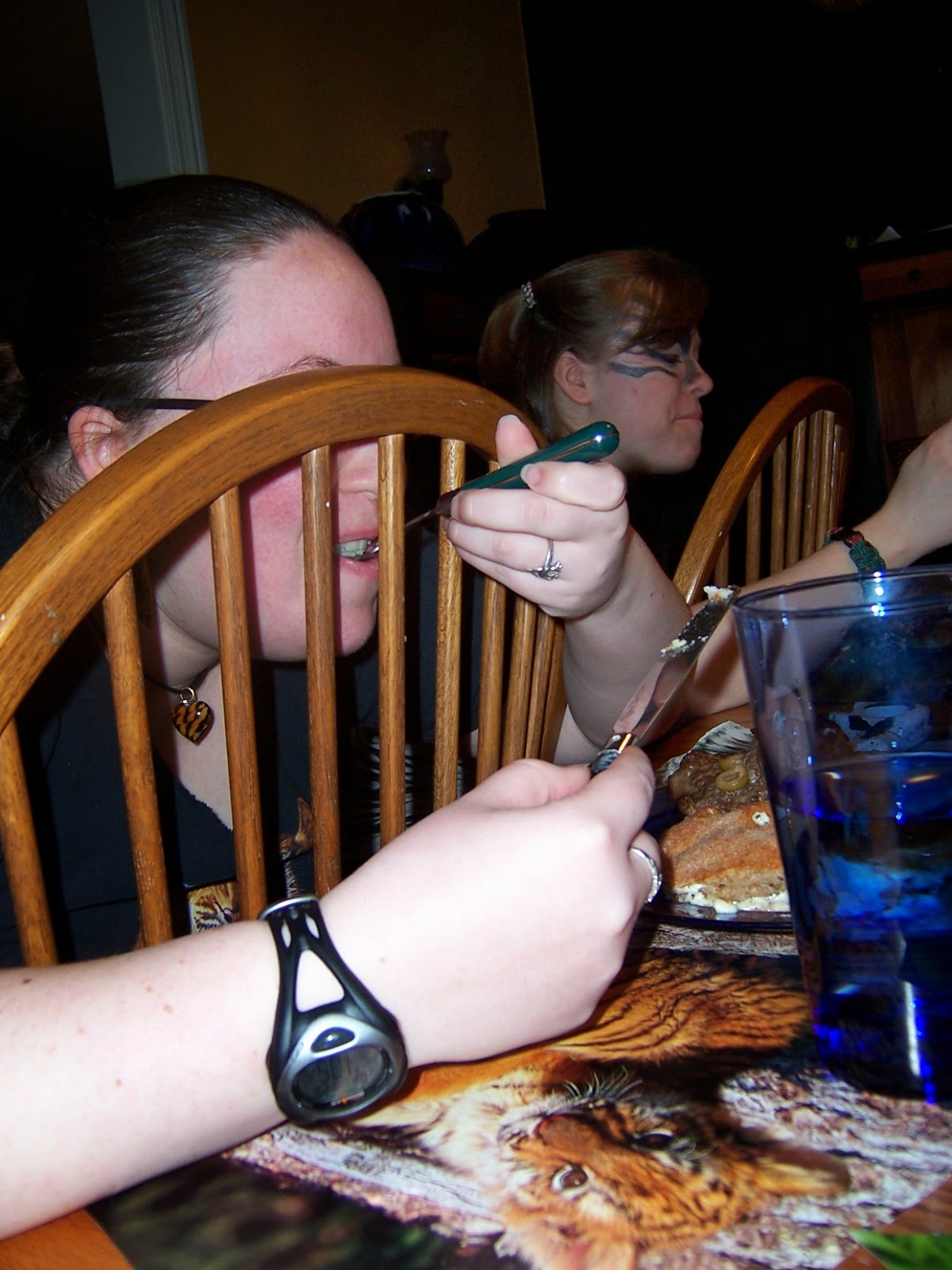 Panther Boy (J-son) wanted me to show how flexible his hands are.  The more he eats, the bigger he gets, and the harder the Zoo Dinner becomes.  But at least for now, he's content in his little cage. 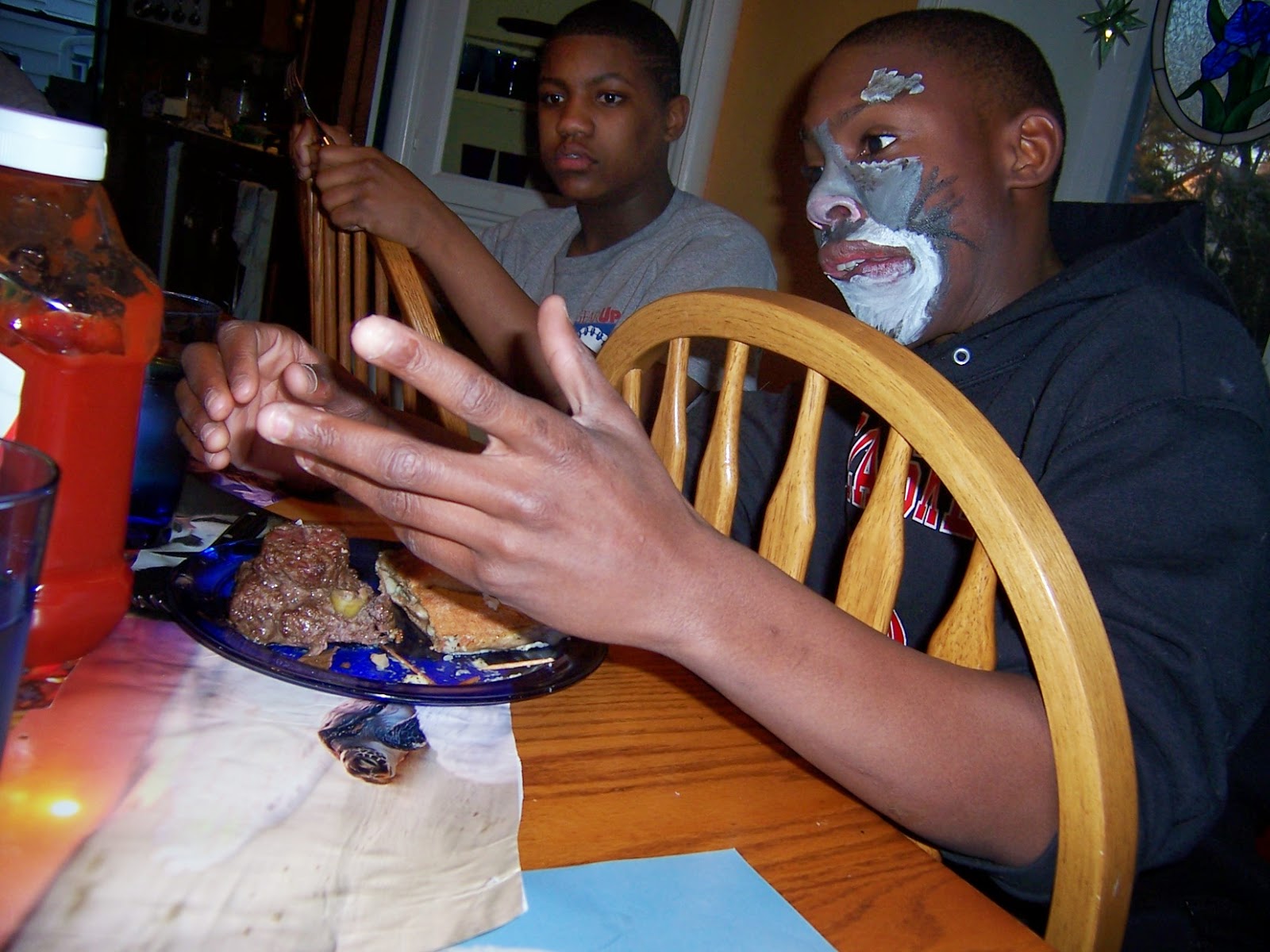 ******
So far, many of the gifts I've gotten have been re-gifts, and much appreciated re-gifts at that.  My daughter gave me a large cast-iron skillet that she'd found while cleaning out her dad's home.  My dad gave me two books about women in science from my mom's collection. K-daughter went a different route:  she got creative and painted me a beautiful picture for my office door.  And even though none of these gifts were expensive in the usual sense, boy, do I feel rich.