While my husband has been gadding about Europe and the Middle East, I've been working like a dog (and my dog Prewash has been staying home snoozing, so she's not working like a dog, even though she is one!)  He's chalking up new countries and new museums and new acquaintances, but I've got my own tally of experiences, y'know. My husband and I keep our own kinds of stats.  Here are some of of the ones I somehow keep track of :

Life continues to be rich and full in the Miser Family Household -- even with my family mostly far-flung, I seem to have more than enough to occupy my time.  (Okay, I admit it: maybe I'm a tad over-committed at work.  Or over-committee-d at work.)  The stuff I'm doing doesn't even much make for interesting updates: anyone want to hear about a memo I wrote?  Minutes I took?  An exam I graded?  Anyone?

No, I thought not.

Fortunately, my family is doing enough share-worthy stuff to fill up a letter.  Like, N-son is still having a great time with his sister. (Hey, N-son!  Text or call or email me!  I'm your mom, man!)

Halloween here in our neck of the woods came a day late, because actual Halloween threatened bad storms.  That gave us a bit of breathing space to do some cool stuff.  I made a Jack-Cow-Lantern.  I know it doesn't look too much like a cow to y'all . . . but it's a prototype.  Next year my Jack-Cow-Lantern will be even cow-i-er. 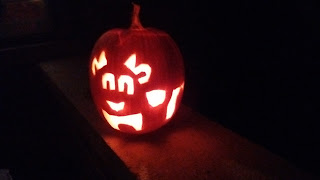 My new next-door neighbors had a blast scaring creating haunted nooks, dressing as werewolves who jumped out of shadows, and scaring the pants off of little kids.  I was surprised at how many parents thought that was HILARIOUS.   Self-selected group, I suppose.  But the pencils I gave out (following my dad's lead from many years ago, and a way for me to go low-trash for this halloween) seemed popular.  I also offered people dog food, to give the dog a treat, and so Prewash had a great time wagging her tail at adoring fans and giving free dog kisses. 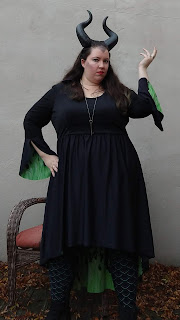 As for my husband, he's having a blast riding his bike and other forms of transportation on the other side of the world.  I get email updates like this:

The last few days have been much focused on war--visiting memorials. Tomorrow is peace--visiting [former army buddy who is now a monk].
Israel by the end of the week.


T-mobile told me I just entered the eighth country so far, Latvia.  I am at the KGB museum because it's Shabbat and the Jewish Museum is closed.


I miss you too!!  Two weeks and three countries and I’ll be home.

But if that's not exciting enough for you, how's this?  K-daughter's divorce came through on November 1; she got engaged on November 1 and 3 seconds; and she got married earlier today.  Whoop!

I snagged just a few pictures -- and realized too late that I managed to snag several photos of the rainbow cake I made, but none of my new son-in-law.  Well, that's an embarrassing admission of mixed-up priorities.  Here are my photos, mixed in with a few that I-daughter took. 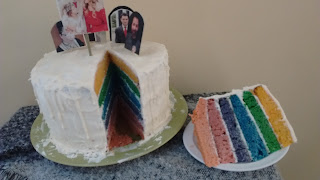 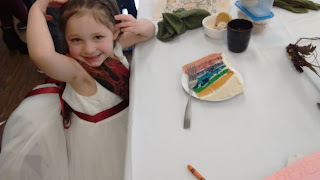 For what it's worth, I also didn't take a picture of myself.  The bridesmaids all wore red, but I wore a teal wool dress that my own Nana had made for my mom, and was glad to bring a bit of both of them to this ceremony.  I gave a speech about all the extra parents my kids have had (because, if any professors has the chance like this and doesn't give a long speech, they might take away your PhD!).  I-daughter said it reminded her very much of the speech my sister made at her son's wedding (that I had to miss).

And with all that excitement, I guess I can wrap up by saying that that's the news from our family, which continues to be wealthy in our adventures.  May you and yours be similarly prosperous.
Posted by Miser Mom at 6:22 PM No comments: