A simple joy:  cooking with kids. 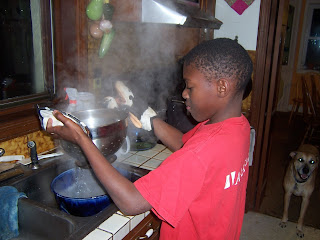 Earlier this week, J-son asked to be allowed to make Pesto for dinner some night.  But of course, cutie!  He needs a bit of help in the focus department (no, you can't go wrestle with your brother while the water in the pot is boiling), but aside from that, he can go it solo. 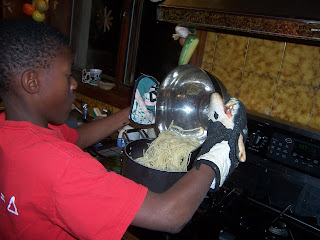 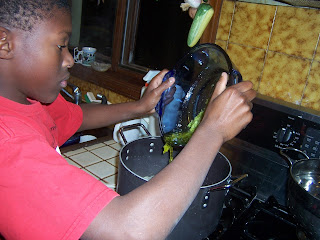 Earlier in the week K-daughter and I made lentil burgers that turned out surprisingly spectacular.  Having had bland, mushy lentil burgers in the past, I was totally surprised at how enthusiastic the kiddos were about the meal.   N-son took me aside later to say, "when I grow up and move out on my own, I'm going to make lentil burgers for my kids, because they're delicious and cheap!".  [Here's the recipe that I sort-of followed].