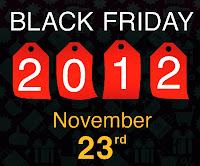 And in another corner of the world, frugalistas and eco-nuts like me get ready for the yearly rant against corporate greed and personal materialism.  The shopping starts on the sacred Thursday this year!  For some stores, it even begins on Wednesday!   A rant would be therapeutic, perhaps even appropriate, for people like me.

But this year, I declare pax.  Peace.  A truce.  I shall remain rant-less.

It's not that I'm planning to go mall-diving myself, mind you.   I don't go to the mall on the other 364 days of the year, either, so I'm certainly not subjecting myself to the cacophony of a Black Friday Mall Experience.   But I'm not going to let myself get myself het up over what the commercial world or my neighbors decide to do.

For one thing, giving into a rant against this day this is damaging to the eternal soul.  Pride (in the sense of superiority complex) is the most vile of mortal sins, after all, so feeding the old "I'm-better-than-those-losers-who-go-to-the-mall" ego trip is my own quick One-Way Ticket to Eternal Damnation.  (I mean, if you believe in Eternal Damnation, which I do*).


* My own current belief is that E.D. is best summed up by John 3:19, which describes "the condemnation" as knowing what we're supposed to do (e.g., love our neighbor) but choosing to do the opposite anyway.  That is, virtue may or may not be its own reward, but sin becomes its own certain and terrible punishment.  I'm not a theologian, however, so this is probably far from correct. 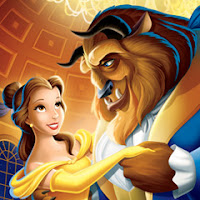 Even if you're not a believer in E.D., though, you have to admit there's something troubling about acting as though life is like Disney movies, where some people ( = Belle and us) are virtuous and act entirely for noble purposes, motivated by the higher good . . .  while other people (= Gaston and those shoppers) live entirely on animal impulse, motivated by greed and power and conquest.  Well, I'm not a fan of Disney movies, and I don't believe that all black Thursdays participants are pawns of an evil corporate empire.  We're all more nuanced than that.  And I'll admit that some of my friends actually like the shopping experience, and they have decent reasons for going that I don't entirely understand, but I trust them.  (Sort of).

In fact, I have managed to make it through an election season relatively sane, despite folks from "my" side of the fence accusing my Republican friends of being heartless (47%, anyone?) and brainless (knowing no science) dolts, and despite folks from the "other" side accusing hippies like me of being leeches who prey on hard-working tax payers.  Enough, I say.  I'm not ready for another Us-vs.-Them, Good-vs.-Evil division.  Finger pointing is so yesterday.  I'm ready to find that ground that we have in common.

But even if you believe that you are right and the Black Friday tradition is an embodiment of all that is wrong-Wrong-WRONG with our corporate/consumerist/materialist culture [hint: I agree with you], then I share this wise parenting advice:  Any attention, even negative attention, is a reward.  Any rant you dish up is an excuse for the other side to defend its position.  Any argument you give is an opportunity for the other side to refute you and misrepresent you.  How much more devastating it is to ignore the event and to focus, instead, on the people and things that really matter to us.  To give a mere, "how nice for you" response before turning to our gathered family and saying, "Now, boys, do you want to wrassle in the living room, ride bikes, or rake leaves with me today?"