Three years or so ago, I started the old cog wheels a-spinning.  For a mere $9, I'd heard, a person could buy a Cuppow lid that turns a canning jar into a beverage vessel.  I wanted, I wanted, I wanted a lid like that.
But of course there is no way I'd spend $9 on a lid.

There are also reCAP lids for canning jars at a more modest $8.  Erica of Northwest Edible Life occasionally wafts these seductively in my direction, tempting me.
But $8 for a lid?  Still not me.

Still, as a woman who has developed a persistent case of Canning Jar Fetish, I have not let the quest for cheap spouts daunt me.  No, I remain undaunted.  I am sure that a Miser Mom version of a pour-spout canning lid is feasible.

And sometime this past winter, in between acquiring more household members and navigating ice storms and swimming through a sea of bureaucratic memoranda, I found my inspiration.  Here is what I'd been looking for, lo these many years; here is my no-cost Spout Solution:
Milk Carton Mutilation.

Behold the completed look, as applied to my Baking Soda container. 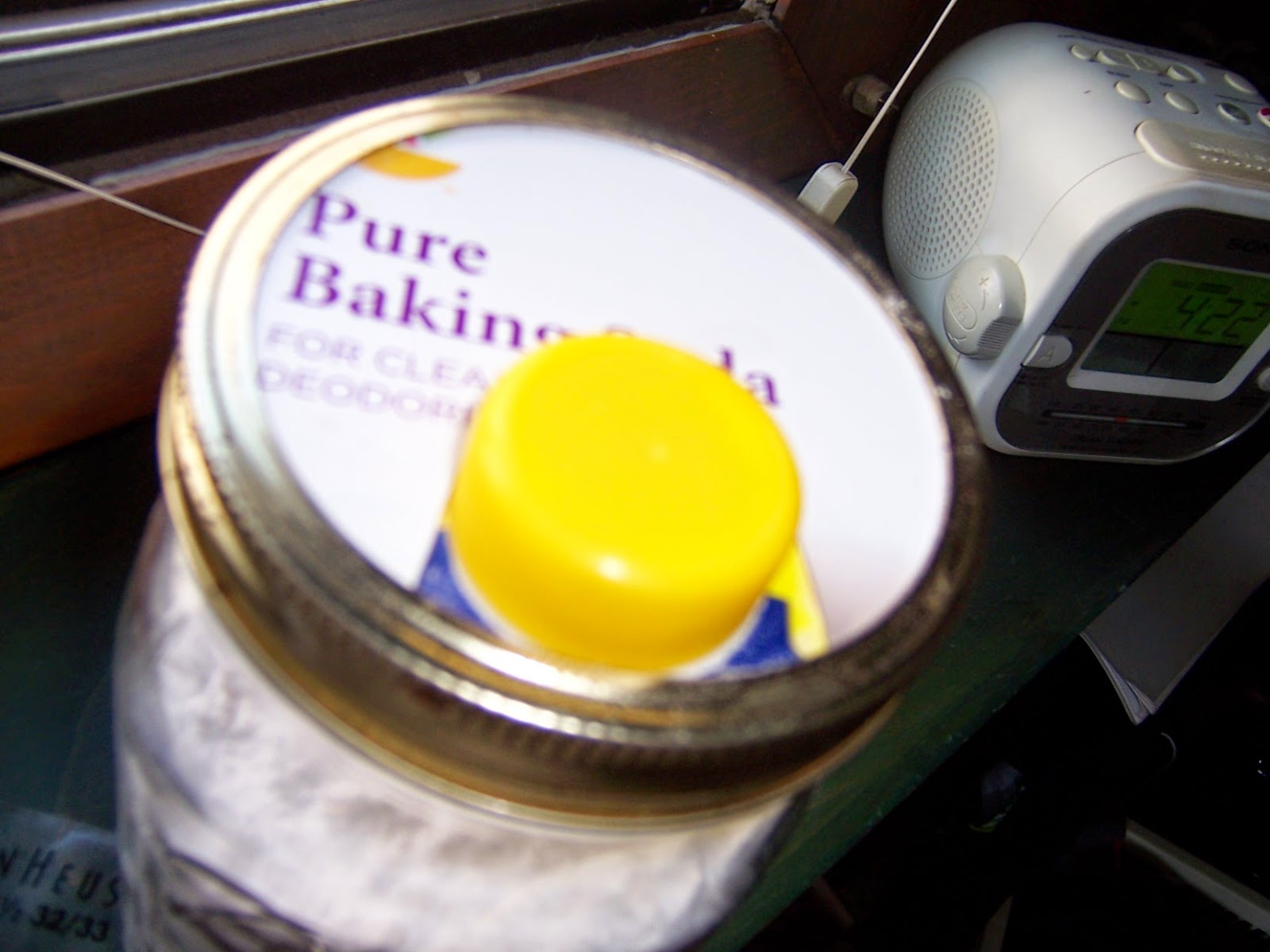 Note that this lid contains several layers:  (a) the ring, (b) the merely-decorative "Pure Baking Soda" layer, (c) the Mutilated Milk Carton layer, and then finally (d) the jar. 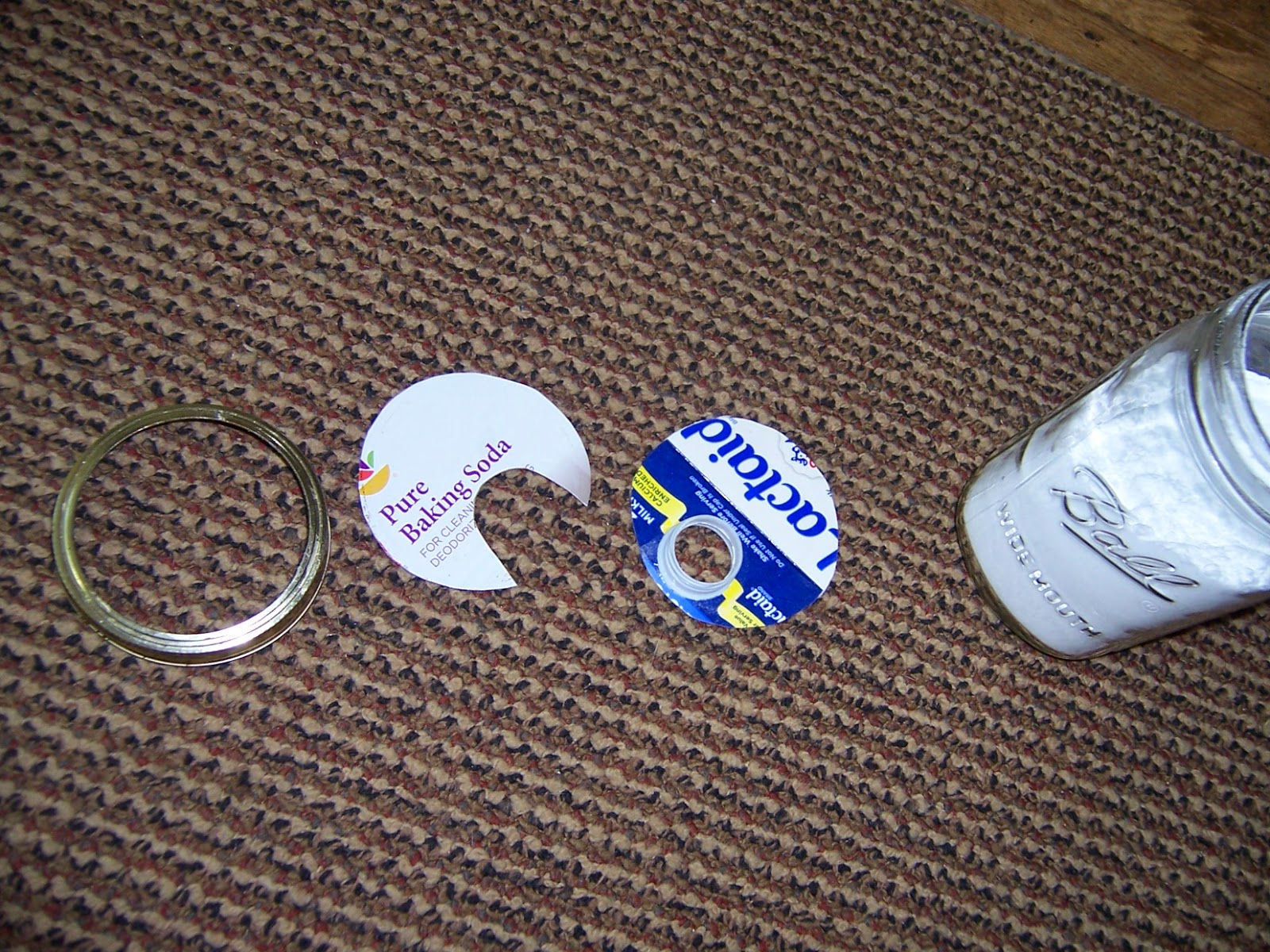 Here, somewhat less prettified, is a Half-and-Half carton standing vigil beside its comrade, who sacrificed its integrity to become the lid of a salad dressing container. 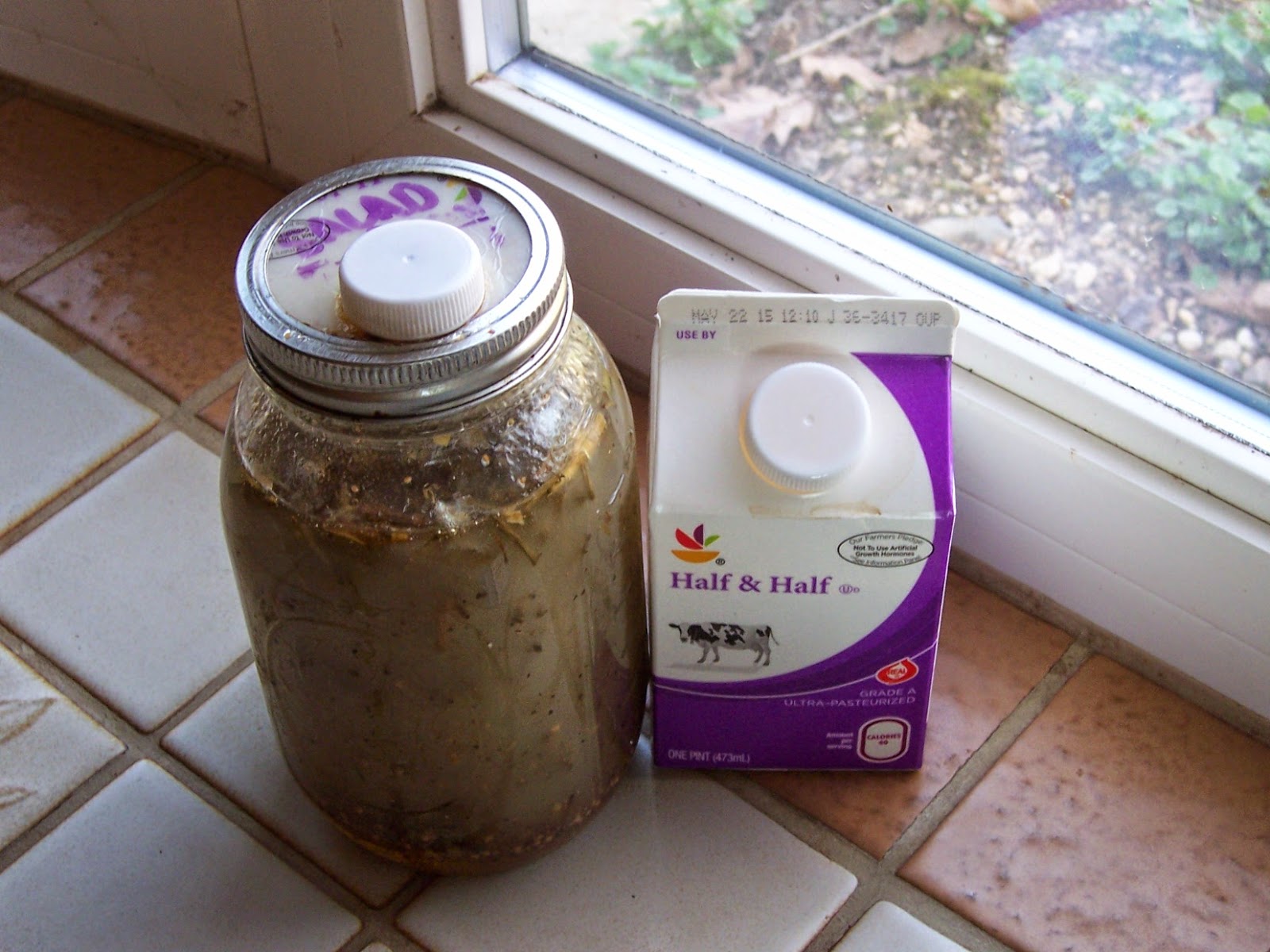 And suppose, just suppose, that a person wants a pop-lid spout instead of a screw lid spout, so that the contents merely dribble out instead of gushing forth?  Well, many syrup bottle spouts are interchangeable with milk container lids, as evidenced by my oil container below.  This is a true Frankenstein of a creation, with a canning jar body, a mutilated milk carton head, and a syrup spout brain. 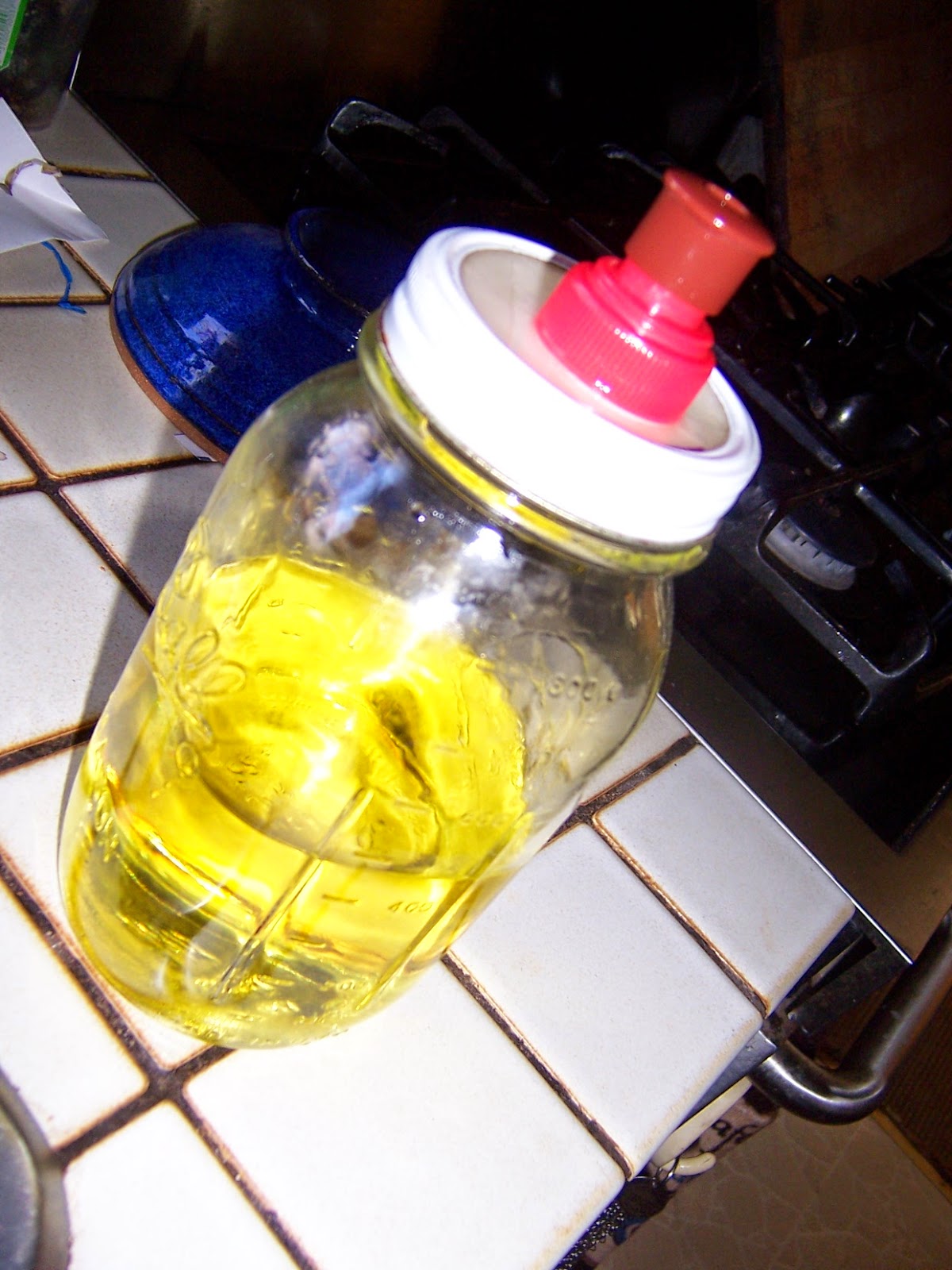 Yes?  Yes?  Somebody else tell me you want to take a pair of scissors and dissect an empty milk carton today.  Yes?
Posted by Miser Mom at 3:16 AM