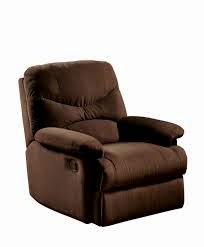 About a dozen or so years ago, my husband and I "inherited" a giant recliner chair from his mom.

My husband's mom was a woman with all sorts of psychological problems; when he and I got married, I'd tell people:  "We both idolize our fathers and analyze our mothers".  She was a bitterly unhappy woman; his childhood memories are of her lying on the couch, complaining about the neighbors and threatening to kill herself.  He feared our family dinners at first, because his childhood dinners meant listening to his mom carping ceaselessly at his father, who bent his head and accepted it until he could escape from the table.

She was deeply suspicious of anyone unlike her (or anyone like her, for that matter).  When we were getting ready to adopt, the social workers tried to prepare us for negative comments and snubs.  To our surprise, I heard one and only one derogatory comment about adopting a brown son: my husband's mom asked, horrified,  "Couldn't you at least have gotten a Chinese one?"

Recovering from your own mother; there are so many stories there.  For my husband, the big-tough-army-guy, there were a few years of counseling.  There were the years he had to avoid riding his bike by himself, because her voice would fill his head.  There was a conscious effort to be unlike her in every way, both in good ways (avoiding racism) and in harmful ones (fearing family dinners).  When my daughter was in kindergarden, I wrote a note to her future self about my own parenting, saying something to the effect that I hoped to do the "least possible amount of damage."

We recover from bad parenting the same way we eat the metaphorical elephant: one bite at a time.  We share big elephant recipes with our imperfectly-mothered friends.  We chew on the gristle.  Occasionally, we find strong bones.  We gain strength.  We go slowly, thinking that this hulking beast will always looming over us; but one day, if we're lucky, we'll realize the elephant is almost gone.  If we're very lucky, we keep the best parts.

This recliner chair, like my husband's mom, took up more than its fair share of space in our living room.  And after years of hard use from my highly energetic, ADHD, and yes, brown sons, it started falling apart.

This past weekend, I decided to take the chair apart.  I used staple-removers, screwdrivers, and needle-nose pliers to pull out the staples holding the upholstery onto the frame.  There were hundreds of these staples, and I spent many hours focusing on staple, after staple, after staple.  Underneath the fabric was the wood-and-metal frame, and with more screwdrivers and wrenches, I carefully disassembled the skeleton of the chair into various pieces.

When I was done, I had a pile of scrap wood for use in future projects, a second pile of metal pieces that I will donate to Paul D. (who recycles scrap metal as a way of earning some money), and two garbage cans full of foam and fabric.  I'm feeling pretty guilty about those two garbage cans, actually, but I know it could have been worse.

It was wonderfully therapeutic, taking apart a chair.  At every single stage I had no idea what lay ahead; but the next immediate step was always obvious:  remove this staple, this staple, this staple.  Take out this screw, this bolt, that bolt.  One thing at a time, always a small sense of accomplishment, even as the chair loomed over me, seemingly unchanged.

Until suddenly, the chair lay in pieces at my feet, sorted into piles.  All that remained for me to do was to share the pieces I thought were worth sharing, toss the things I didn't want, keep the things I thought I could use.  And then to vacuum up the dirt.