Get Over Yourself (or, Liberal praise for a Conservative approach to clothes)

I don't actually think I'm a space alien.  I'm pretty sure if you saw me, you wouldn't immediately peg me as belonging some utterly unusual culture or special tradition, the way you might instantly pick out the Amish who live in my county as being unlike yourself.

But when it comes to buying and wearing clothes, I do often feel like a Martian among Earthlings.  I'm the alien observer, the visitor from some other planet.  I have a hard time following ordinary conversations about shopping and dressing.   My best friends all know this.  So when they talk about clothes, they do the important part of their talk among themselves, and they only bring me into the conversation at the end, once the business part of the conversation is out of the way.  After all, who wants to hand over urgent Earthly matters to a Martian?

Case in point: a recent conversation about wearing bathing suits.  This was a discussion between my running buddies TL and K, and I just happened to be there for the conversation because, well, because we were running together.  I was there, but mostly I wasn't talking because of two reasons: one reason is the whole "what exactly do you say?" problem  I have with normal clothes conversations, and the second is that TL and K are way better at running up hills, which is what we happened to be doing at the time (if you can call what I was doing on that hill 'running', which is another matter.)

So I got to be the alien observer.  The gist of the conversation happened to be that K had bought a swim suit that either had or didn't have a butt-skirt (I forget which way it went), and she was having a difficult time wearing it to the pool with her kids.  The difficulty she had was because of how she looks in it.  (Please remember that K is beating me up this mile-long hill as she says this; she's an incredibly fit person who is worried about how she looks in a swim suit).

TL (who is likewise bounding, gazelle-like, up this hill) commiserates.  There is much discussion of how a suit looks on us, of how we feel about how our suit looks, about our need to accept our bodies (or our swim suit styles? I forget), and of coming to terms with appearances and such.  I couldn't take notes, so I don't remember it all, but if you're an Earthling I'm sure you can fill in the details.

We got to the top of that evil Duke-Street-hill about the same time that TL and K seem to have achieved some kind of resolution.  At this point, it was okay to bring in the Martian perspective, so TL turned to me and say, "And what about you?  You always  have a different take on this kind of question.  Do you like how you look in your bathing suit?" 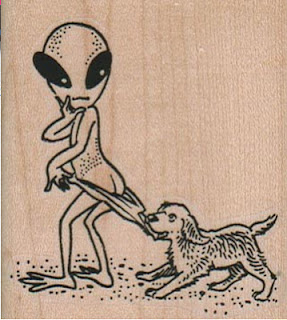 Here's the question the Miser Mom Martian thinks about:  why am I wearing the swim suit?

Sometimes, it's to accomplish a particular task (for example, getting in a swim workout).  In that case, what I think about is how well the suit fits and how well it lets me do my workout.

The other reason to wear a swim suit -- the big cultural reason -- is to show respect for the people and the circumstances around me.  That is, when I go to the pool with my kids, I wear a swimsuit to respect the pool tradition.  In my head, it's not about me, it's about the other swimmers and sun bathers.  And if I'm wearing a suit that respects local conventions, then I don't have to worry about myself; I can think about everything else:  my kids, the people around me, swimming, conversations, etc.

Maybe because I read so many old novels and devoured Miss Manners etiquette columns as a kid, I tend to think in old-fashioned ways about the role of costuming.  (My clothes are funky and a bit eccentric, but my thinking about them is old and crusty).  One hundred years or so ago, we didn't talk so much about self-expression and personal freedoms.  Our language and our society in those days focused much more on the collective.  It's only very recently that we've come to think our clothes define us, rather than thinking that our clothes are a tool for binding us more closely to the social fabric.  And --- as the conversation between  TL and K shows --- I don't think that the change has necessarily made us happier.

My husband heard the first part of this post and asked me, "So, what does that mean about the swim suit?  Should she wear the suit with the butt-skirt or not?"  Bzzzt!  Wrong question again!  The clothes decision goes like this:  "I'm taking my kids to the pool so that we can have fun together and with other people at the pool.  What clothes will allow me to do that?"   The answer will depend on community standards and tradition (does this more-or-less match what other people might wear?)  and also on functionality and fit (does the suit allow me to move around on deck and in the pool?).

After that, the best way to look good in your suit is to stop caring about how you look, but instead to enjoy the pool and the people around you.
Posted by Miser Mom at 5:16 AM

Email ThisBlogThis!Share to TwitterShare to FacebookShare to Pinterest
Labels: clothes