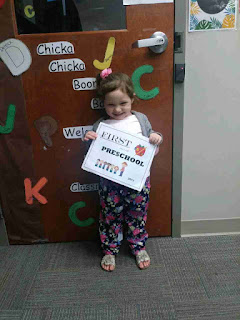 School began this week for many, many members of the Miser Family, adding to the richness and fullness our our lives.
And then I stopped teaching those students.  I'm writing this from the International terminal of the Atlanta airport, where I'm waiting to board a plane bound for Panama.   It's a bit heady, walking past gates marked "Zurich", "Quito", and then getting to a gate marked "Panama" and thinking, "that's me!". I'm playing hooky from my students for the majority of next week, and like K-daughter, I'm both welcoming this opportunity and feeling a tiny bit guilty about that.

In the middle of the week, to add to the general hullabaloo, we celebrated Michael Jackson's birthday by inviting some friends over, setting up the projector, and dancing along to some of his music videos.  The most enthusiastic dancer was a 2-year-old guest.   J-son seemed to appreciate the menu (fried chicken, mac-n-cheese!) more than the music, although the end of the "Black and White" video rocked us all.

And that's the latest news from our family, who continue to be wealthy in our adventures.  May you and yours be similarly prosperous.