Not surprisingly, as a miser (mom),  I mend a bunch o' stuff.

Mend number 1:  Miser-Dog ate one finger off of a very expensive bike glove; I made a single denim finger using my sewing machine, and then I hand-sewed the makeshift finger onto the glove.  (Sticking a pen inside the finger while sewing made it easier to maneuver the fabric where I wanted it). 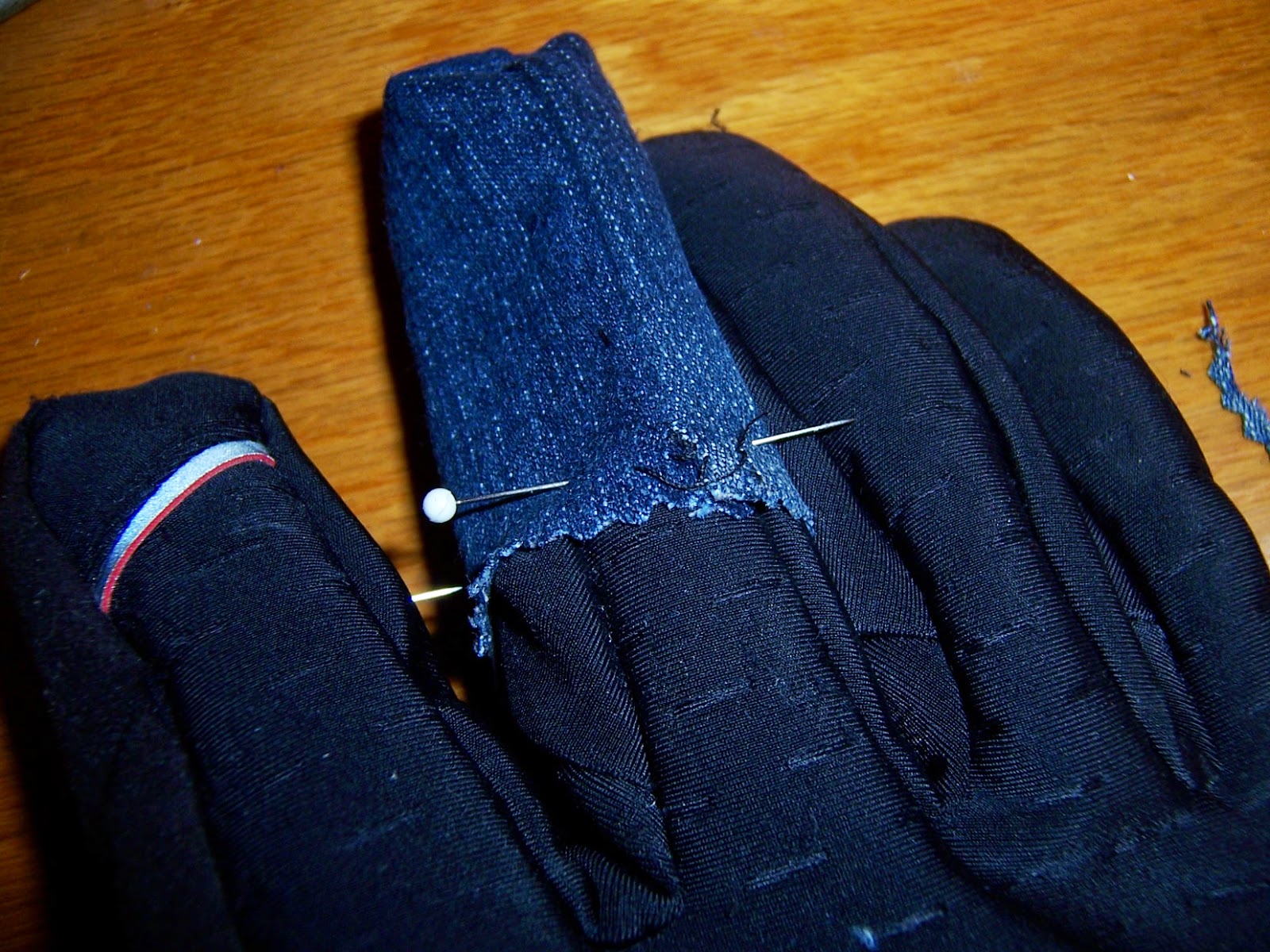 My husband enjoys making jokes that I'm giving him the finger!

Speaking of clothes that the dog has enjoyed too much, "Mend #2" is that I patched a pair of J-son's boxers that the dog munched on.  (Usually, the dog goes for *my* underwear, not other underwear, so I've been trying to tell J-son that this a kind of a canine compliment).  I like using t-shirt material as patches on the back side. 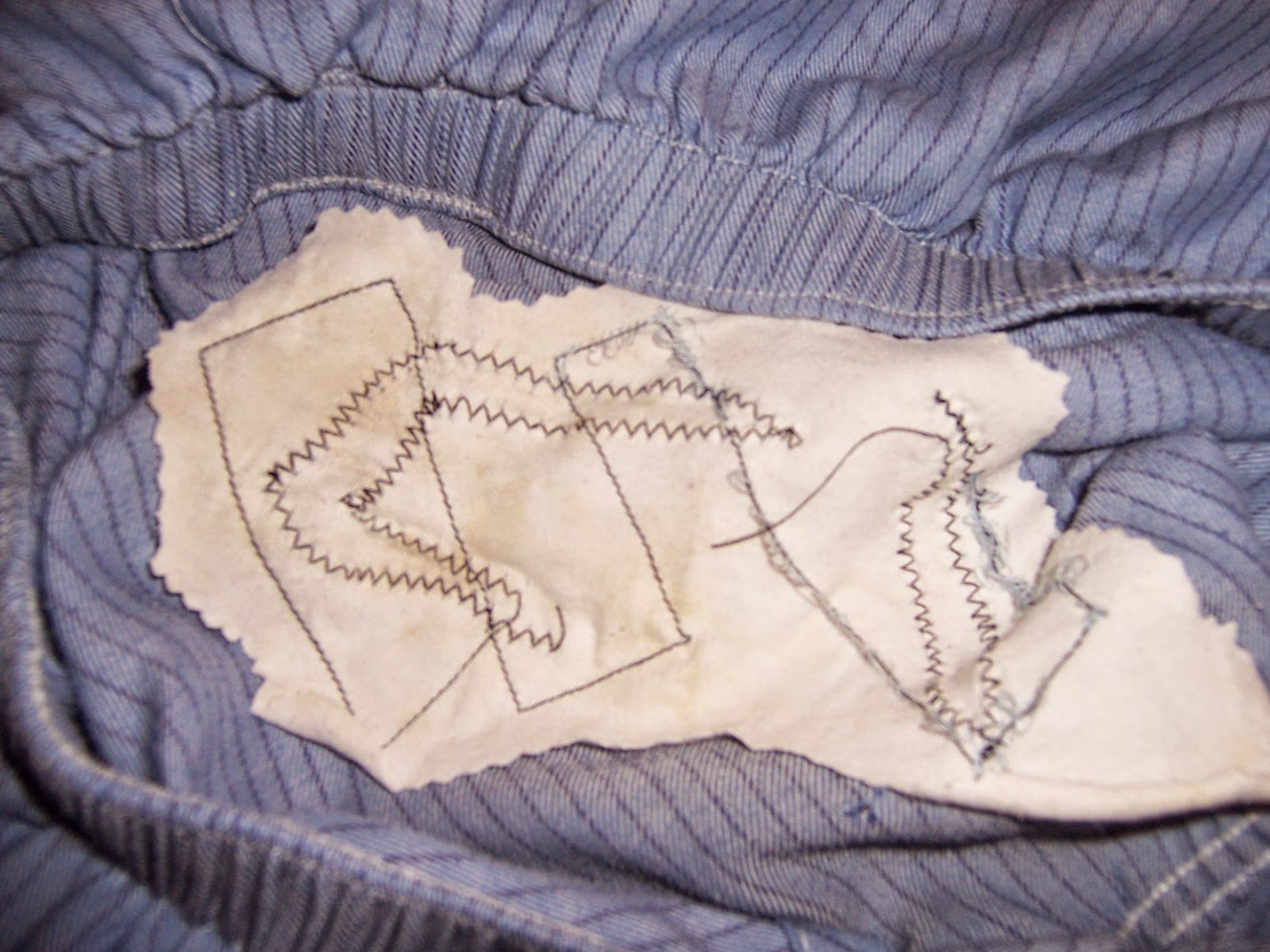 On the "good" side of the clothes, the patch shows through just barely as scars.  Fortunately, very few people get to see J-son's shorts while he's wearing them. 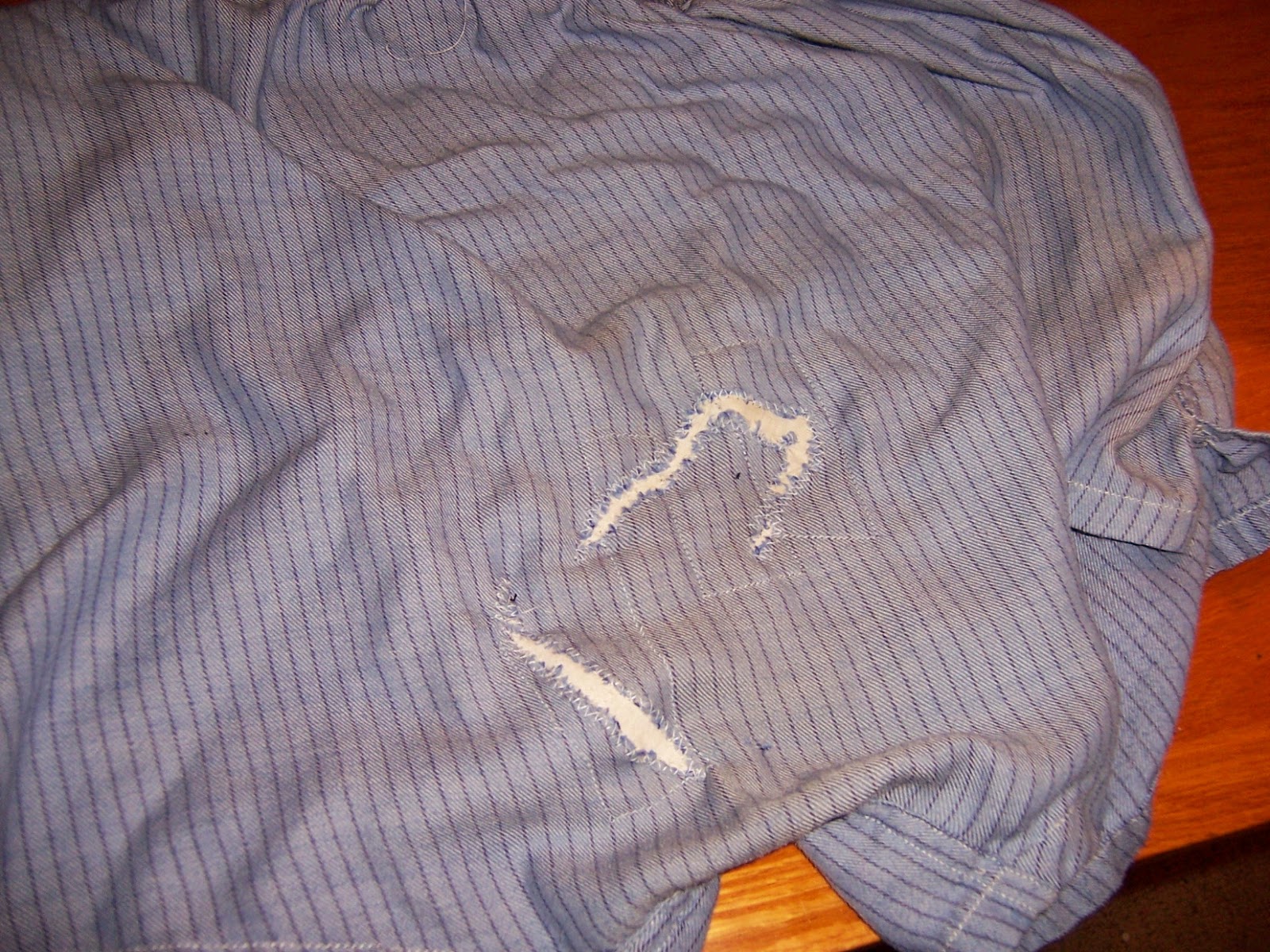 But those two projects are NOT the fix-it projects I'm most proud of.  Instead, I'm just delighted beyond belief that I'm passing my proclivity for patching things along to my kids.  For example, J-son came to me one morning to complain that the pocket on his sweatshirt was coming undone.  I think he meant for me to fix his sweatshirt; but instead, I sat him down in front of the sewing machine, and in the space of 30 seconds, he re-fastened his own pocket by himself.  Yay, J-son!

We've also had a bunch of problems with our low-flow toilets running frequently.  (Sort of defeats the purpose of low-flow, right?)  With all the crazy administrative work I'm doing for my college this year, I have a hard time figuring out how to get the hardware store so that I could fix this myself.  While I was in San Antonio at the math meetings, my husband got so frustrated with our toilets that he wrote to me:

So I wrote back:


Go to a hardware store and just ask. We need a new flapper assembly. (You could take a photo with your phone of the inside of our toilet to show the clerks, but they'll know what I mean).

I know we'll need four, but get one to see if it works. If it does, buy more. If not, we're no worse off.

They're generally really easy to fix, I swear. It just takes time, which I don't seem to have much of.

So, do you know how much is cost to replace the the flapper assemblies on all four of our toilets?

It cost $8.  That's Eight Dollars.  My husband (wisely) disregarded my advice to fix one toilet at a time (which would have cost a whopping $16) and got a bag of five "universal tank flappers" for a mere $8. It turns out that taking pictures and showing them to the guys that work in hardware stores is a great way to figure out how to fix things in your home.  My husband fixed one toilet himself; then he delegated the other three toilet repairs to my sons.  Our family is living proof that there are some plumbing repairs that are so easy that a kid can do it.

So there you have it:

all fixed for the price of $8, plus a bunch of (yard-sale-purchased) thread.

And we could still break one more toilet, if we had it (which we don't).  Hooray for mending!
Posted by Miser Mom at 6:00 PM